Can I Refuse a Breathalyzer Test? – 6 Things You Should Know First 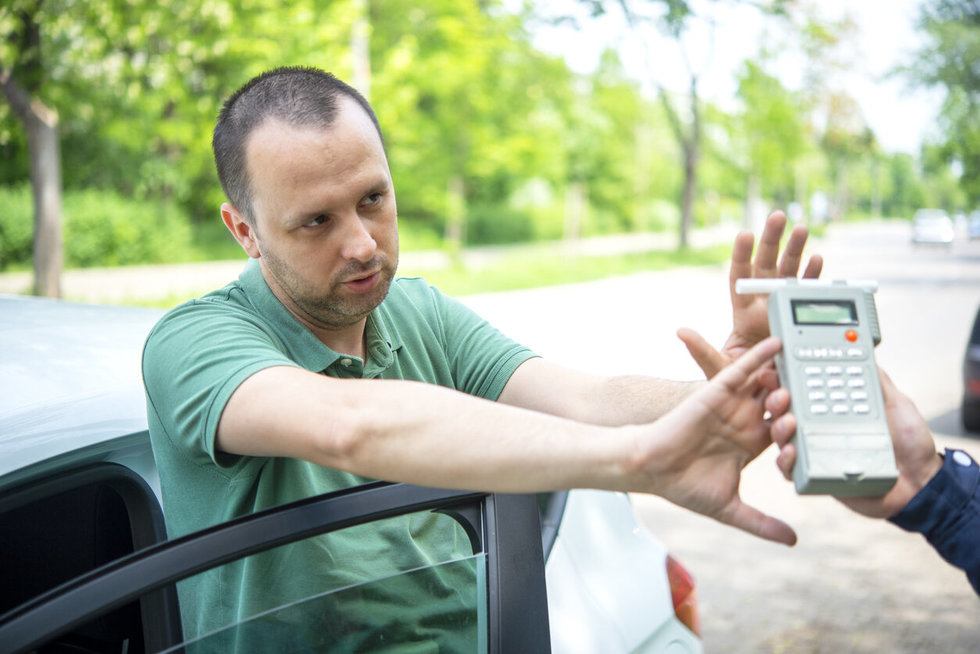 You've just spent a night out with your buddies at your favorite sports bar eating wings and drinking beers. As it comes time to head out you finish off your last drink before paying up, walk out to your car and drive off.

The next thing you know you are arrested and a police officer is asking you to blow into a breathalyzer back at the Police Station. You quickly try to remember what all of your friends have told you before about DUIs. You wonder, “Can I refuse a breathalyzer test?”

Before you find yourself in this situation, here are six things about Missouri DUI law that you should know first.

Every State has an Implied Consent Law, including Missouri. You may be wondering what this has to do with your decision whether to submit to a breathalyzer or not.

The Missouri Implied Consent Law states in part that a person who drives a motor vehicle on any public road in the State is deemed to have given their consent to a chemical test, such as a breathalyzer.

This test is used to determine the amount of alcohol in a person's blood. The implied consent is limited to no more than two such tests arising out of the same stop.

Prior to being requested by an officer to submit to a breathalyzer, he will inform you of this law and the consequences for a refusal on your part. The officer will tell you that upon your refusal your license will be immediately revoked.

An important part of the Missouri Implied Consent Law is that it requires the officer to give you 20 minutes in which to call an attorney if you request prior to deciding whether you should refuse to blow or not. ALWAYS REQUEST TO SPEAK WITH AN ATTORNEY.

If you blow into a breathalyzer and have a BAC of 0.08% or higher, then your driver's license will immediately be suspended or revoked by the Director of Revenue. This suspension is separate from any criminal proceeding. Even if you have your criminal DUI charges dismissed, your Administrative Suspension will still stand.

There are ways to fight this suspension but you have to act quickly in order to protect your chances to have the suspension or revocation set aside. You will have 15 days in which to file a request for an Administrative Hearing before your license suspension goes into effect. A skilled lawyer knows how to review and challenge the record of arrest to give you the best odds of winning.

3. Administrative Consequences of a Breathalyzer Refusal

If you refuse a breathalyzer, then your license will be immediately revoked for one year. You will be given a temporary driving permit for a 15-day period. During this time will you have the opportunity to file a Petition in Circuit Court for Review of the Breathalyzer Refusal Revocation. A skilled lawyer will be able to help you draft this petition and make sure that it is timely and properly filed.

The filing of this petition starts a Civil Case in Court against the Director of Revenue. Depending on your driver record, the Court will usually grant you a Stay Order which will allow you to drive while your case is pending.

During this case you will have the opportunity to have a trial where you can present evidence against the Director's case or in support of yours. This often involves having the arresting officer take the stand and testify as to his basis for arresting you for a DUI.

If this is your first DUI, then your lawyer may be able to get a Confession for you if you are in one of many courts including the courts in St. Louis County or St. Charles County. The Department of Revenue may agree to confess your Petition in exchange for certain agreements on your behalf in your Criminal Case. Often if you agree to probation in your Criminal Case, then the DOR will give you your driver's license back and remove the revocation from your record.

A successful outcome at the Circuit Court will result in the removal of the revocation from your driver record and the return of your driver's license. Should the Court rule in favor of the Director of Revenue and uphold the revocation, then you will need to serve out the remaining time left on your revocation and then meet several reinstatement requirements in order to get your license back.

4. Criminal Consequences of a Breathalyzer Refusal

Should you choose to refuse to blow, then the State will not have evidence of a specific blood alcohol concentration to use against you in a trial. This is one less leg for them to stand on when trying to prove the elements of a DUI against you in court.

However, the law does permit the State to use evidence of your refusal against you in court so long as the request for the breath sample and your refusal happened after you were arrested and not before.

“There was no error in allowing the prosecution to argue the fact that the defendant's refusal to submit to the breathalyzer test was indicative of guilt.”
— MISSOURI V. DELEAL, 911 SW2D 639

The State is allowed to argue to the jury that you must be guilty if you refused to submit to a breathalyzer. A skilled lawyer can overcome this issue for you at a trial; whereas, blowing may only help the State convict you.

If you choose to blow into a breathalyzer, then the State will have evidence of the amount of alcohol in your blood. This can be used to convict you along with other types of evidence which the Prosecutor will present to the Jury, including the testimony of the arresting officer and maintenance logs of the breathalyzer device used to show that it was working properly and is reliable.

You also should consider that should you lose at trial, then the BAC amount may add additional time to your sentence depending on the nature of the charge and the level of the BAC. This could include mandatory “shock time” in cases which result in a conviction but where the Court grants a Suspended Execution of Sentence (SES). Usually in cases involving an SES, you are given a sentence but allowed to be placed on probation rather than serve out the term of your sentence.

6. How a Prior DUI Can Affect Your Decision

In most counties, the DOR will not agree to confess your Petition for Review if you have any prior alcohol-related enforcement contacts on your five-year driver record. Other counties simply will not agree to confess if you have any alcohol suspensions or revocations on your driver record at all. What this means is that in a refusal case, if you have any priors within the past five years then you will only be able to avoid a one-year revocation by winning a trial in your Petition for Review.

As an additional consequence of having priors, you will be required to have an Ignition Interlock Device (IID) installed on your car for a period of six months in order to have your license reinstated after serving a suspension or revocation. This can be costly as IID providers charge not only for the initial installation but for each month you must have the device on your car. The total costs could range from $430 to $690, depending on a number of factors.

Even if you blow into a breathalyzer, a prior alcohol-related conviction or suspension on your five-year driver record will result in a one-year revocation of your driving privilege as opposed to the 90-day period if this is your first DUI.

As you can see, whether or not you should refuse a breathalyzer test depends on a number of factors. Among these are your own personal driving record, how much you had to drink over what amount of time, how big of a person you are, whether you ate anything prior to drinking or while drinking, how much time has elapsed since your last drink, and a number of others.

Obviously, the best advice is simply not to drink and drive at all. But if you ever make the mistake of doing so and you are asked to blow into a breathalyzer, remember these 6 important factors about Missouri DUI Refusal law. Whatever choice you make, be sure your next choice is to speak with a skilled DUI attorney.

*The choice of a lawyer is an important decision and should not be based solely upon advertisements.